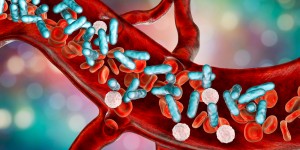 In the fight to save a person affected by sepsis every second counts – each hour that passes increases the risk of death with 8 percent. It is literally a race against time, a race that the healthcare services all but too often lose. However, Swedish biotech Aptahem are developing an emergency treatment to better the odds and prevent the massive organ failure that leads to the deaths of millions of sepsis patients globally each year.

Sepsis is the world’s third largest cause of death and the leading cause of death for infants and children. The mortality rates are somewhere between 20 to 50 percent – for patients who develop severe sepsis as high as 80 percent. In the US alone approximately 400 000 people die from sepsis every year, making the condition deadlier than breast -, colon -, and lung cancer combined.

Sepsis is the body’s response to an infection, most commonly a bacterial infection. But it is an extreme response that can overload the organs and lead to death. Sepsis can start with something as mundane as a scrapped elbow or a cut finger. Through this wound bacteria can enter the body which then responds by releasing chemicals into the blood stream to fight the infection. But the inflammatory response that is triggered by these chemicals can lead to tissue damage, organ failure and death. When the sepsis worsens, the blood flow to vital organs is inhibited, meaning that blood clots can form. In the most severe cases of sepsis the blood pressure drops, and multiple organ failure ensues. In these cases, the patient quickly dies from septic shock.

There is little doubt that sepsis represents a large unmet clinical need – the market is significant as are the treatment costs. In the US sepsis treatment is estimated at 14.6 billion USD annually and in 2014 sepsis was named as the most expensive in-patient cost in American hospitals, averaging more than 18 000 USD per hospital stay. A report from Global Data predicts that the sepsis and septic shock market across the seven major pharmaceutical markets (US, France, Germany, Italy, Spain, the UK, and Japan), will grow to 5.9 billion USD by 2026. This represents a compound annual growth rate (CAGR) of 7.9%.

For several years, R&D in sepsis has been a rather barren field and it has been a long time since a new sepsis treatment reached the market. At present, the only treatment available to sepsis patients is antibiotics, IV fluids and adrenaline to control to blood pressure. This might seem surprising as sepsis is such a significant killer, but the lack of new treatments is connected to the high bar that the FDA has set for approval as well as the high cost of treatment. However, as reported by Endpoints News , the FDA has begun to lower the bar in recent years, which could open up the market for new sepsis treatments.

Aiming for the huge sepsis market is Swedish biotech Aptahem with its new approach to defeating sepsis. The company’s lead candidate, Apta-1, is being developed as an emergency drug to prevent the damage of organs and tissues caused by sepsis. Where current treatments are unable to counteract the wide spectrum of reactions that sepsis patients can exhibit, Apta-1 has showed potential to counter these reactions.

Aptahem was founded in 2014 in Malmö but the company’s technology is in fact based on 17 years of research carried out at Lund University in co-operation with Karolinska Institutet and the Swedish Institute for Communicable Disease Control. This research resulted in the development of three synthetic biomolecules with the SELEX aptamer method. These aptamers were targeting a binding protein induced by brain malaria to bind red blood cells for the propagation of the malaria parasite. 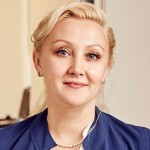 Aptamers are oligonucleotides, short RNA sequences that bind to a specific target molecule and imitates antibodies. However, the aptamers also have certain characteristics making them particularly interesting to pharmaceutical research. They have a low immunogenicity and have a potential to be manufactured in large scale at predicted lower cost compared antibody manufacturing.

When studying how the selected aptamers functioned with brain malaria, which is 100 % deadly, the researchers discovered that they appeared to have the ability to dissolve and inhibit blood clots and thus prevent a build up for an induced stroke. Aptahem’s current CSO, Luiza Jedlina, realized the potential of the discovery – aptamers could be used to treat a variety of coagulation disorders. Aptahem chose to focus on understanding how an existing molecule could be applied in medical treatment. Their method is based on how Plasmodium falciparum, a parasite causing malaria, produces proteins and uses them to weaken the body’s defenses. These proteins have a negative effect on e.g. coagulation, the anti-inflammatory system and the immune system which helps the parasite survive.

It is this multi-effect that has inspired Aptahem’s pipeline. The company’s drug candidates (Apta-1, Apta-2 and Apta-3) aim to affect several aspects of the human body but instead of having a negative effect the aptamers should strengthen coagulation, the anti-inflammatory system and the immune system. For sepsis this means that aptamers, unlike today’s treatments, represent an opportunity to counteract the wide spectrum of physical reactions that patients exhibit.

With regards to financing, Aptahem announced in June of this year that it had entered into an issuance agreement with YA II PN Ltd, a fund represented by U.S.-based Yorkville Advisors Global.
If the whole commitment is exercised, the agreement means that Aptahem has secured financing of up to 20 MSEK during a 36-month period. The agreement includes 25 convertibles of which 2 so far has been issued.

In order to further strengthen its financial situation, Aptahem recently concluded a financing round that will add a further 25.4 MSEK (prior to rights issue costs) to the company coffers. The financing round did not quite reach the goal Aptahem had set but the company can look forward to an exciting 2019 nonetheless.

The company plans to start phase I studies with Apta-1 during Q3 2019 and when advancing to clinical studies the company can lean on some very encouraging results from pre-clinical trials. The toxicology- and safety studies showed very good results and in November 2018 Aptahem could also announce positive results from an exploratory study in primates. This has significantly increased the hope of showing good efficacy in the upcoming, more extensive confirmatory studies and further on human studies.

In the longer term Aptahem’s strategy is to establish partnerships or licensing agreements that would help bring Apta-1 to market and to the millions of people who are affected by sepsis every year.