BioStock published an article on 15 August 2022 about Aptahem, which can be read in full below.

BioStock reached out to Malmö company Aptahem, which is developing an emergency treatment for sepsis. The biotech points out that they continue to check off planned activities within the preclinical programme with drug candidate Apta-1. Now they face the important event of submitting the application to start the first clinical study, in which they will study safety and hopefully also be able to see signs of treatment effect through provocation studies in healthy volunteers.

After many years of research, Aptahem’s path towards the first studies rests on an extensive amount of preclinicala data.

Sepsis is a condition that can occur in tandem with serious medical diseases that weaken the immune system, such as cancer or Covid-19, and where sepsis is ultimately the cause of death. Therefore, Aptahem’s goal is to develop Apta-1 into a treatment that will allow more patients to survive sepsis and septic shock and counteract any permanent harm that may occur as a result of such a condition.

An important event was when on June 23 Aptahem announced that the study report from the GLP-regulated (Good Laboratory Practice) toxicology and safety studies was completed. The report, which according to the company is based on a long and careful analysis and quality assurance of over six thousand pages, concluded that Apta-1 was well tolerated, and that Apta-1 meets the safety and toxicological requirements. A positive outcome in these studies is required for the clinical studies to be approved in the future.

In 2022, they have also received a first delivery of the completed GMP (Good Manufacturing Practice) batch of Apta-1, which has also been done in accordance with current regulatory requirements. Recipharm is now developing the finished product of Apta-1 that will be used in the upcoming clinical studies.

In addition, Aptahem has also entered into an agreement with the clinical contract research organisation The Centre for Human Drug Research (CHDR) in the Netherlands, which will conduct the phase I study. According to Aptahem, there are now ongoing discussions between the company and CHDR to optimise the study design and prepare the study protocol. Read more here.

All in all, Aptahem has thus fulfilled all mandatory parts of the preclinical programme for Apta-1.

Also, at the beginning of the summer, Ingela Hallberg was appointed as the new medical director for the company. Ingela has extensive experience of taking drug projects through the various clinical development stages with a strategic focus on optimising the studies to reach the market’s and partners’ interest. Read BioStock’s interview with Hallberg here.

During the summer, it was also announced that the patent family 2 approved in Europe has now undergone a period of potential opposition. This means that the approved patents can no longer be challenged but must be taken up in the legal instance and thus the terminus of ensuring the protection of patent family 2 has been reached in Europe. 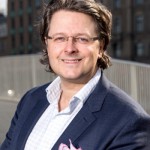 – As you point out, we have ticked off all the bullets in the preclinical programme. These data indicate that Apta-1 has the potential to reduce the risk of blood clots, slow down the body’s uncontrolled inflammatory response, repair or inhibit tissue degradation and modulate the body’s own immune response, in a safe manner.

– We are now in the middle of an intensive process to complete an application to the authorities to initiate the phase I study in healthy volunteers, where we will study safety and indicative therapeutic efficacy from a provocation study model. I am very optimistic about this step, based on our preclinical data that has shown that Apta-1, in comparison with several market-leading anti-inflammatory and anticoagulant/thrombotic drugs, acts immediately and provides improved survival, organ protection and general well-being of the subjects. From my point of view, this is a reassuring foundation to stand on.«

– In parallel with the preparatory work to bring Apta-1 to the clinic, we have also participated in partnering events, which are now back in physical form after the lockdown during the pandemic. It is extremely positive to be able to meet again, and the informal mingle part of these events is important. We get a lot of positive feedback from the meetings we have with different companies, and we notice that they are more knowledgeable and better read about us and our drug candidate than before.

Read the full article at BioStock.se

The content of BioStock’s news and analyses is independent but the work of BioStock is to a certain degree financed by life science companies. The above article concerns a company from which BioStock has received financing.